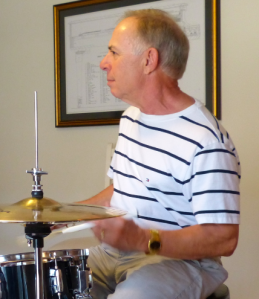 Jerry has been playing drums and performing in bands since he was in grade school. He got his first record deal with Buddha Records in the 70’s and went on to write for ABBA’s publishing arm, Sweden Music.

As the 80’s approached, Jerry turned his attention to developing the progressive country-rock band “Flatbush” The group opened concerts for the Charlie Daniels Band among others and recorded for Denim Records.

Moving to Los Angeles in the 80’s, Jerry’s band, “The Jerry Bruno Orchestra” played for President and Mrs. Ronald Reagan, was a principal act for the presidential campaign of Senator Bob Dole, and performed for Princess Diana at the Dorothy Chandler Pavilion.

Moving back to In Cleveland, OH in 1995, Jerry produced one season of the daily talk show “Live With David Lynch” and served as music director and band leader for the duration of the show. He also owned and operated “Jerry Bruno Productions”, one of the largest and busiest live music production companies in Ohio.  Jerry and his wife Mary Jo (“M.J.”) sold the agency to their employees in 2010 and moved full-time to The Villages in January, 2011.

Davis has a Bachelors degree from Florida Atlantic University in Music Education and lives in Lakeland, FL.  He has been a working musician since 1978 and performed in such venues as the Jupiter Theater, Breakers Hotel in Palm Beach, and Boca Hotel.  He has been a regular member of the Flagstaff Symphony, Boca Pops Orchestra, Florida Lakes Symphony, and Villages Symphony.  He is proficient in many styles such as classical, society music, rock, country western, blue grass, and clearly jazz. 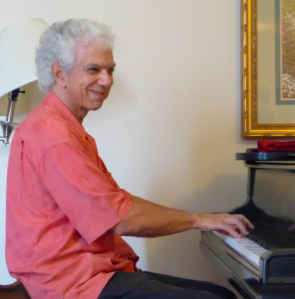 Thomas has been teaching and performing professionally for over 35 years.  After obtaining a Masters degree in Piano Performance, he taught college and played in casino showrooms in Atlantic City, NJ.

He moved to South Florida in 1994 and enjoyed a very successful 15 years there.  He performed with many Pops and Classical orchestras, was the featured soloist for “Rhapsody In Blue” with the Sunshine Pops Orchestra, was music director for theatrical productions, played in five star restaurants, was a church accompanist, and had a private teaching practice.  He has performed with Andrea Bocelli,  Nestor Torres, Byron Stripling, Carol Lawrence, Bob Newhart, Frank Gorshin, Norm Crosby, Red Buttons, Freddie Roman, William Michals, Christine Chenoweth, Sal Viviano, Richard Hayman, The Diamonds, The Four Aces, The Flamingos, The Supremes, and many other stars.

He recently returned to Florida in 2011 after 3 years in Taipei, Taiwan where he taught classical and jazz piano at private schools and was pianist and band leader at Brown Sugar, the premier jazz club in Taiwan.